We are not speaking of a Sacrosanct Fetish, those Religious Sexualities connected with Sex Magick, Wicca, the Kama Sutra, etc. Here we are talking about the Fetish surrounding religion rather than the Sexuality that is central to a religious belief system. With the Religion Fetish, we break down those Sacrosanct walls; degrading them with depravity, and eroding them through the perversion of iconography.

(For those whose Religion is stemming their sexuality to a point of psychosexual harm, see https://samanthasummersinstitute.org/problematic-paraphilia/theophilophilic-therapy/.) 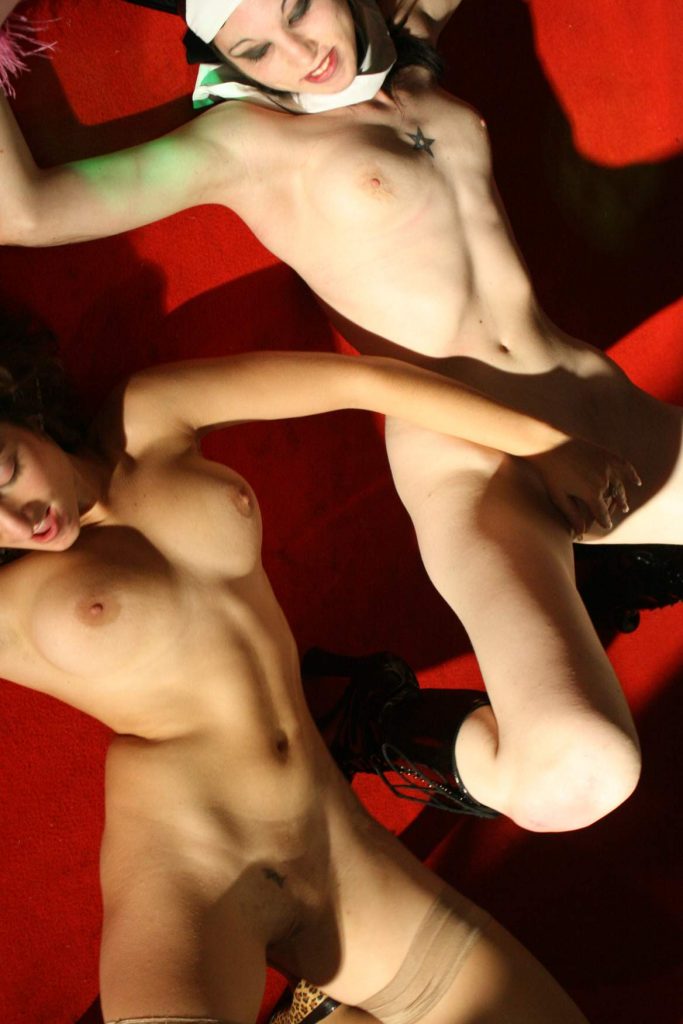 One could call this a Saint Mary of Egypt in reverse. In the early centuries of Christianity, an Egyptian named Mary was… well… a whore. She slept with countless men and prostituted herself for cheap. Long story short, she became a faithful Christian and went to a convent, living the rest of her life as a chaste Nun. So, here with this Fetish we can see the story being turned head over heels, with the Chaste St. Mary becoming a total slut for whoever, wherever, and whenever. The story itself would probably excite those aroused by Nuns.

Being more than just a Nun Fetish, the Religion Fetish often involves other Religious Figures, such as Priests, Pastors, and other religious leaders. This Fetish can even involve the fetishism of Saints, Prophets, and religious heads, such as the Pope. In addition to religious people or positions (no pun intended), this Fetish can include places & acts. An example of an eroticized “place” would simply be having sex in a place or worship, while an example of an “act” would be someone drinking semen out of the Chalice used in Mass. One can see how those of the Satanic Fetish would incorporate these aspects into their Sexual Practice.

This fetishism often goes hand-in-hand with the Corruption of Innocence… The Sunday School Teacher transforming into a Slut… The Catholic School Girl delving deep into the well of Sin. Many with this fetish look at the light of religious rites & figures while seeing the dark & forbidden potential beneath. For some it is a thrill; playing with the fires of hell at the gates of heaven. While far from being a rule, many with a Religion Fetish have some degree of belief in the religion involved, as they hold faith in their being something sacred about those things which they have come to eroticize.