in the manner developed by Therapist Samantha Summers

While many may see Theology & today’s Therapies as being incompatible, if not wholly in opposition to one another, we of the SSI not only see them as being perfectly compatible with each other, but also as going hand-in-hand. This pairing, or partnership, of the Sacred and the Psychic is not something new, nor something unheard of to the

conventional psychiatric community (although, it isn’t something you can expect to see being used as their PR headliner). One of the so-called “Fathers“ of Modern Psychoanalysis, Carl Jung, had written numerous essays wholly concerning the relationship of Religion and Psychology, and Theology’s role in the Psychiatric World.

That Jung similarly penned many-a-writing on the subject of Sexuality, and the SSI’s focus being mainly of a PsychoSexual nature, this topic-at-hand being here at the Samantha Summers Institute should come as no surprise. (Well… it should come as little surprise, for that matter…) Many would steadfastly disagree, yet the majority of existing faiths speak of some sort of interconnectivity between the Spiritual & Scientific realms with their meeting place being in the realm of the Mental (per-se). Even some of today’s leading theorists, such as Quantum Physicist & Mental Matchup to Stephen Hawking, Sir Roger Penrose, have gone as far as saying that the world of the Psyche has more in common with a so-called Spiritual universe over a Material one, and that Faith has a factual place among Psychology and Therapeutic wellbeing. Either way, one can at least come to the agreement that the positive upliftment obtained from Faith & Belief (pertaining to those holding to such) indeed has a positive effect upon their overall health & wellness…

That being said, there is also the negative effect… a plight which has stained the purity of paradise throughout the history of human beings, and will probably continue to do so till a day when people are purely a thing of the past. The SSI being a Sanctuary for Sanity, i.e. for Healing, and there being no need for healing if no one gets hurt, it is the dark side of Deisms which are to be at the root of the present purpose.

Sex has not only been at the forefront of Religious debates, decrees, and doctrines going back as far as Theology has been a thing, it has been an issue so hot that it has

sprouted division & sparked all out war. However, these tremors along our timeline are not the negative side in or of themselves which we are concerning ourselves with here; though their entanglement in the issue is unquestionable.

Now of course when speaking of Religion herein, we are virtually exclusively talking about the Abrahamic faiths (i.e. Christianity, Judaism, Islam, and Mormonism), as virtually all Goddess-based belief systems lack the issues involved here.

This introductory portion, which also establishes whether or not the need for this program is there for an individual, is now Available! 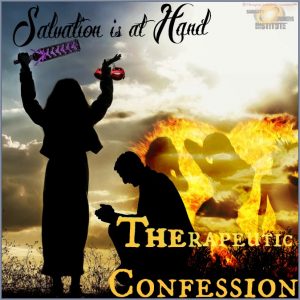 The “The[rapeutic] Confession” is the prerequisite step in Theophilophilic Therapy, that being the Psychosexual program aiding those inflicted with Sexually-based Religious-Victimization. This Needs-based Evaluation, consisting of 6 different score groups, will show whether or not you are indeed suffering from the Religio-Sexual dichotomy. Your score will depend on your answers given to questions ranging from the simple YES-or-NO’s to the thoroughly detailed involving examples, explicit images, and pseudo-quotations; in addition to some questions being Conditional based upon your personal specifics. (Results are included & will be received immediately, all commentaries are available, innumerable retesting, optional submission, and the ability to have your answers & resulting grade sent to your email address. Only javascript is required for use of this universally applicable PTV product.)

Nasty Nun costumes for before seeing the Naughty Nurse…