ARE YOU MACHO MASCULINE & FAINTLY FEMININE?

OR ARE YOU SOMETHING ELSE? 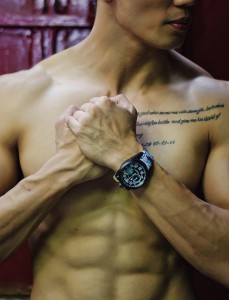 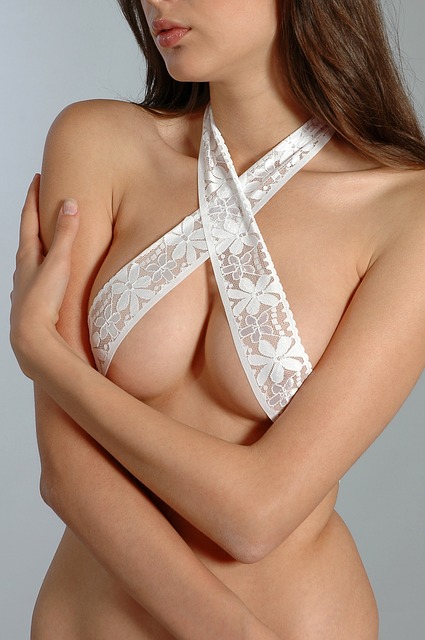 With Transformation, many times it is quite difficult to know someone born-Male from someone born-Female; and with the advent of Flat-Chested Fashion Lines, in addition to Mounds of Man-Boobs bouncing around, what used to be obvious is now… not so much.

But there has always been something else which often finds itself hidden in the shadows of uncertainty & obscurity… that being what is housed within.

When you imagine MASCULINITY, what do you picture; some buff macho man’s man at the Super-Bowl straining his abs as he curses out the Referee, a Beer in one hand, a copy of Playboy in the other?

When you imagine FEMININITY, what do you picture; some dainty limp-wristed lady walking through a flower garden innocently shielding her bosom with crossed arms as she hums melodicolly to herself?

Well, not only is it usually not so clichè, it twists, turns, twirls, and whirls when looking at them BOTH in just ONE of the sexes.

While disagreeing on the Root Cause, many Physicians & Psychologists alike have found that later in life, most men become more Feminine, and that women trend towards Masculinity. 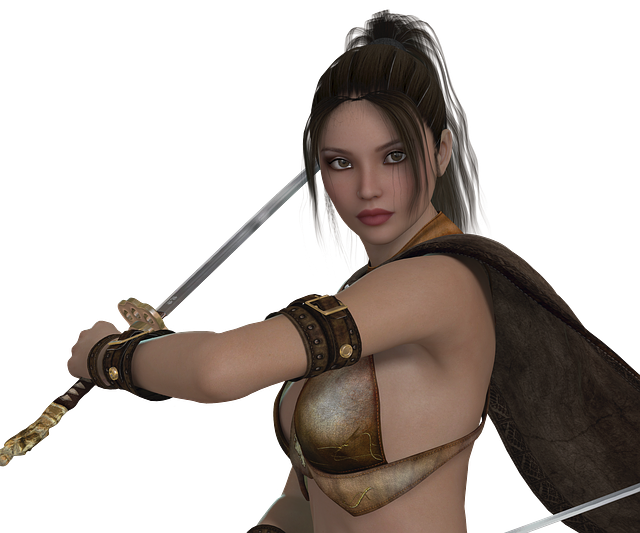 For the latter, at least for me anyway, I cannot help but paint a picture of the Legendary Amazonian warrior women.

But now, as for the feminizing former, and again being for me at least, I merely see…

That isn’t Scotland & those aren’t Kilts! 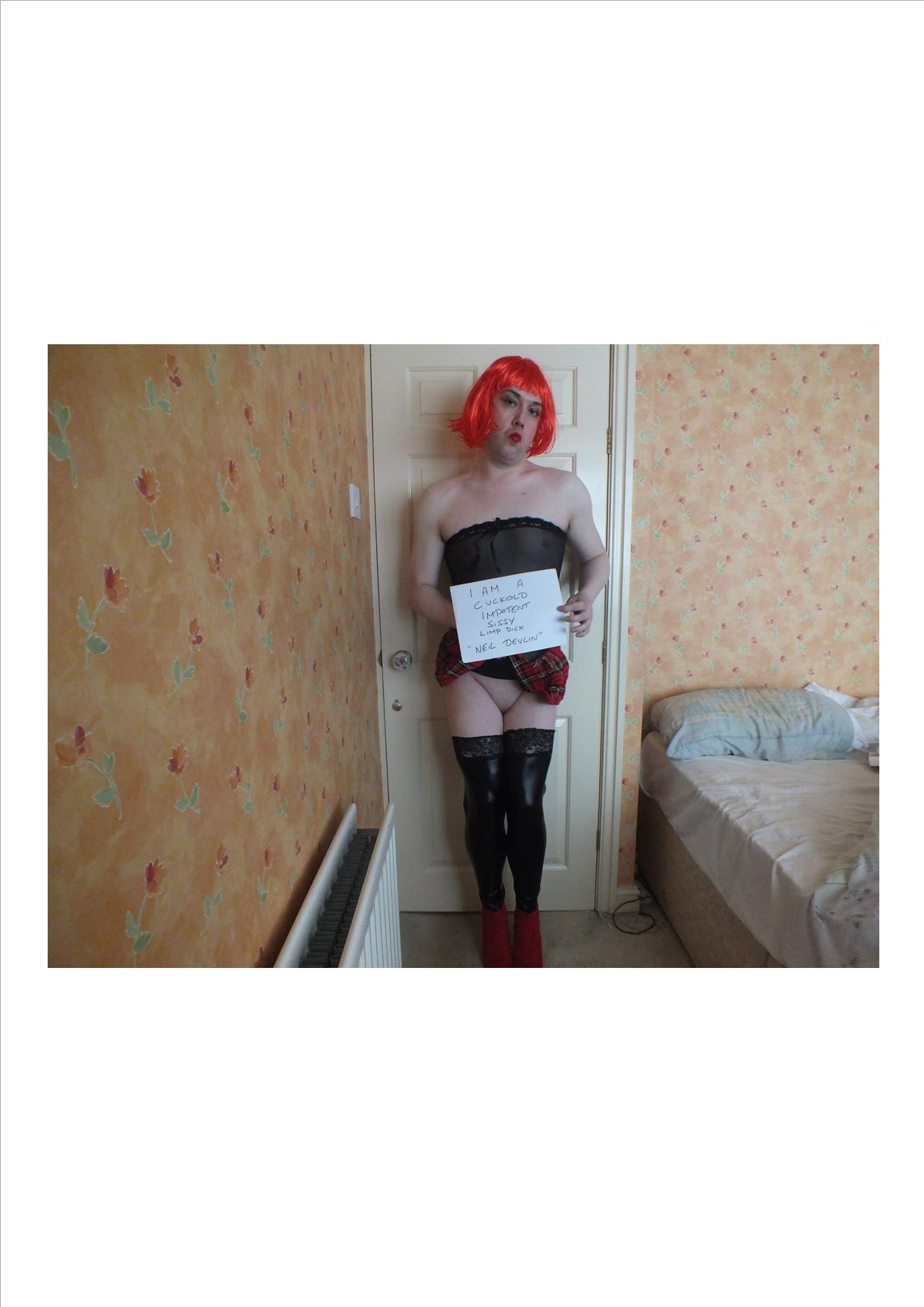 I am sure that there are many whom may think that it’s actually a pretty easy distinguishment for one or the other, and that it is only recent sociological redirection towards all things “politically corrupt“… oops! I mean, all things “politically correct“, which has led to such dips, detours, and plain old disasters along a regularly straight-and-narrow two-way-street.

While I would agree, to an extent, that Intolerant Tolerance-toters have blown quite a lot of smug… grrrr… I mean, a lot of SMOG… into the already cloudy Sociosexual sweat-lodge, I would disagree in there being anything straight to be found beneath the big load of bull (wow… lol… pun not intended, I promise!).

So… what would their example be???

While clothes can indeed make a clear impression of one’s inner-person, and an accurate one on occasion, it is far from being a constant. One would do nothing besides foolishly falter in considering it a Fool-Proof factor.

This being a Modern-day ‘manipulation‘ of man’s mating-rituals (per se) is quite a manipulative mound of malarky in my book. …And with what I have to show below, I can arrogantly say concerning my counter-statement, “And you can print that!“

So, in the shadow of the supposed millennial makeover that has been postulated by many as the cause of all the sexual-confusion, I shake & shutter in shock at… 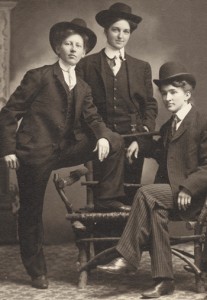 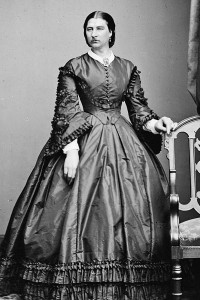 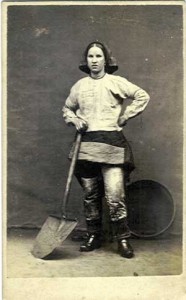 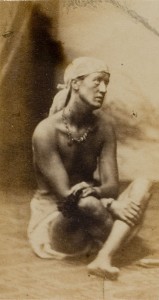 While this tip of the evidence iceberg surely points towards a grander scale for this Psycho-Sexual Timeline, it would also seem to likewise be furthering the former issue of Clothes being a ‘core‘ of sorts…

Well, you see the slave looking person at the end of that series of old photographs? That is Mr. H. Cullwick. What’s so important about them here? Good question, but first let me correct another of my annoying typos… that was supposed to be “Mrs. H. Cullwick”… Yes, a photograph of Hannah Cullwick. 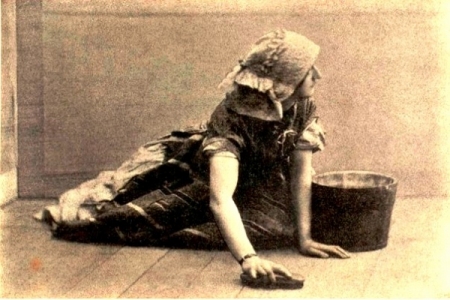 If you are interested in the above so-called “MASCULINIZATION of Women” (and/or other interesting areas of our Sexual History), you should check this out…

There are many people whom mistakenly (and quite erroneously) equate Male with Masculine and Female with Feminine. While, yes, there are some strong links between the sides of these two proverbial coins of circumstance, being male or female is a pretty solid situation (though their are exceptions). (Terms such as “Maleness” tends to further complicate the matter.) While someone may become feminine or become more masculine, one may not ‘become’ female or male; you’re born being either a “Male” or a “Female“. Hence, male & female are physiological/genetic determinations, while femininity & masculinity are broad & wide-ranging attributes (ones which may ebb & flow for some people); qualities with varying quantities within one’s Psyche & Sexuality.

(There is a reason why it is called “FEMINIZATION” and not “FEMALIFICATION” (or what have you).)

Now, it is those far-stretching ‘attributions’, those of FEMININITY & MASCULINITY which finds itself beneath our proverbial microscope. 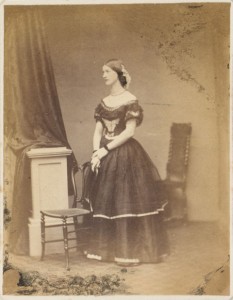 “Having qualities or appearance traditionally associated with women, especially delicacy and prettiness.”

“Having qualities or appearance traditionally associated with men, especially strength and aggressiveness.”

Getting back to Mrs. Cullwick (who is the person in both photos you see at the left & right), I shall post this question. Not whether or not she was a ‘she’ or a ‘he’, for we know that she was indeed a she. But rather whether she was FEMININE or was instead MASCULINE?

…are you Feminine, or rather are you Masculine?

(And no, it’s not rhetorical for you!)

Many of you probably already have a firm answer in your head which first came to mind pretty quickly, as if an instinctual response (or rather, likened to a defensive measure?); but you should know by now that I rarely deal with matters which have obvious or easy ends… While there are the many obvious reasons as to why there is much confusion in submitting a proper answer pertaining to one’s Self, which need not be stated here, the main source of the entanglement is the issue noted earlier… the erroneous pair of bindings of the Female & Feminine and the Male with the Masculine. In direct relation thereto, most people err in their beliefs & assumptions (or even generalizations & clichés) of which traits are feminine, which behaviors are masculine, and so on & so forth. Some, if not many, of those falsehoods might surprise you. 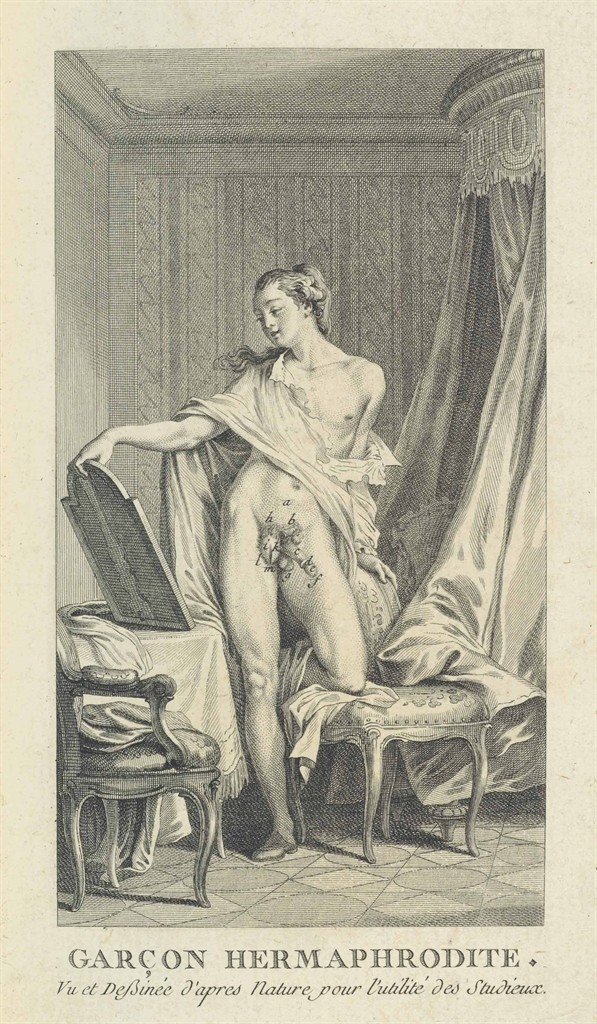 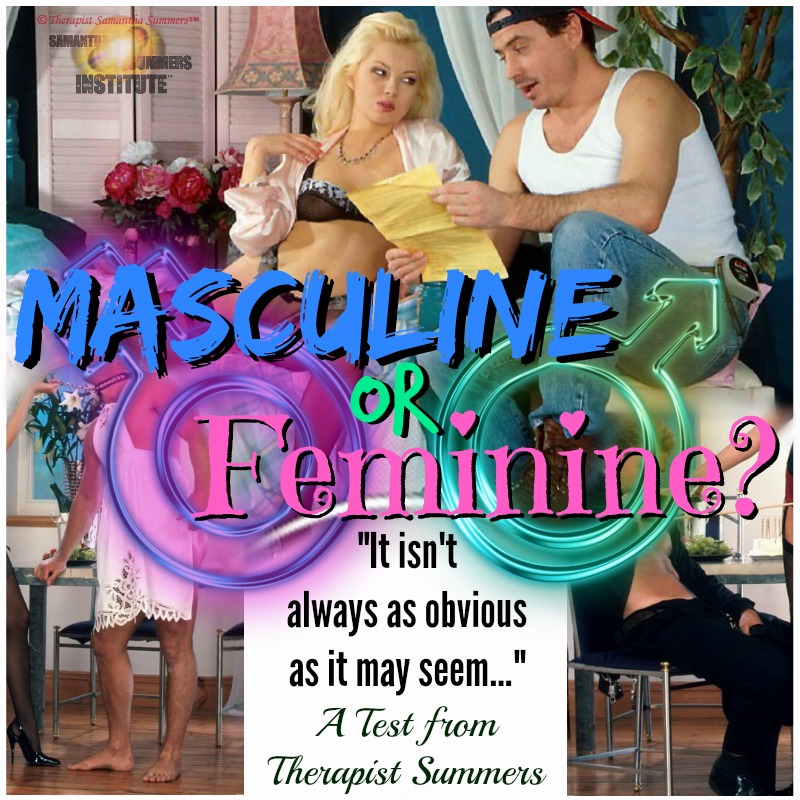 Immediately after you have obtained your access key to this Psychosexual Project, you may enter your pass-code in the field below…