THE MOST POPULAR SEXUAL FETISH

At one time or another everyone who is aware of the Fetish world wonders what the Most Common/Popular Fetishism is. Well, you can keep wondering, because I’m not going to be telling you. Why? Because I’m a Knowledge Hoarding Whore? No… Rather it’s because I don’t know the answer… Yes, yes, yes, I’ve heard that Shoe-Sexuality is the most common… Uh huh, I have seen studies which have Foot-Fetishes as the favorite…

So how is the most popular Paraphilia not crystal clear?

But in yet another, it listed Voyeurism as the 4th most loved strange-loving.

In another, I saw that the dual Fetishism of “Domination” & “Submission” as the highest…

“Group Sex” as number one in a different one while ending up as #16 on another survey taken in the same country, the same city, and the same year…

“Bondage“, “Latex/Leather (Clothing)”, “Hooker Roleplay“, “Cuckolding“, “Corsets“, ‘Cantaloupes’ (i.e. “breasts“), “underwear“, ‘underwater’ (“aquatics“), under twenty’ (eighteen & nineteen year old’s), and even “Hair Pulling“, all holding onto part of the same trophy; each of those fetishes being at the top spot a’top a top list………….

So just how clear was that crystal commonality? …….*cricket*…….. Exactly!

My Pay-to-View entitled “Beneath the Fetish Umbrella” was where I listed, defined, and categorized all Fetishes.

Darn… I guess the server is down again… Oh, wait, no it’s not… it’s that the filing was a flop! I soon realized why its finalization would have been a First. 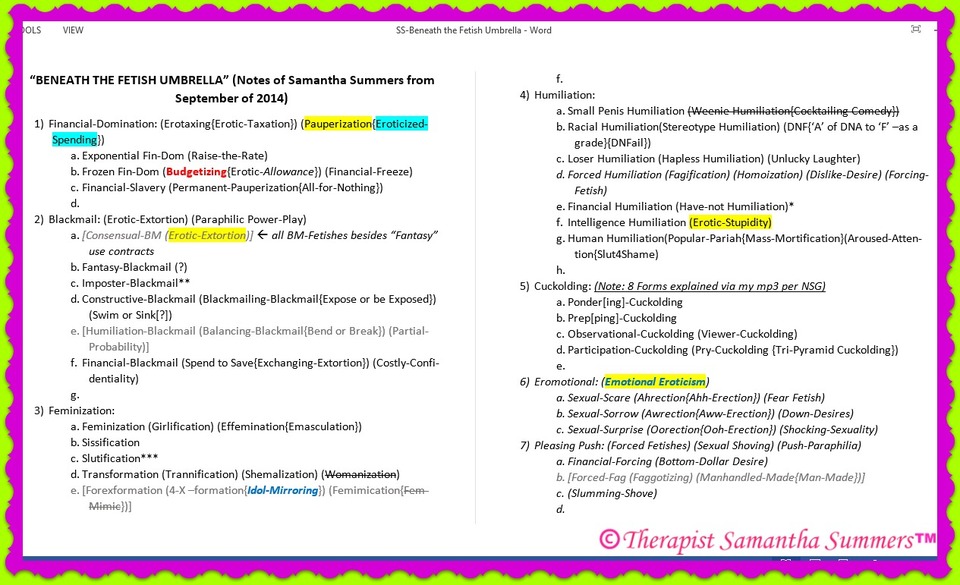 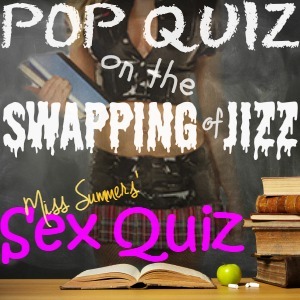 This is my new Quiz all about the acts of Exchanging Fluids; a Quiz all about Sex, Sexuality, Sexology, & even Sexting! This 20 question XXX-Quiz also includes 21 Explicit Photos, Extra facts, stats, funnies & myths following each question, and More! (This quiz is compatible with PCs, laptops, iPads, iPhones, and most smartphones.)

Click on the cover-photo above in order to purchase.

ONCE YOU HAVE PURCHASED THE ABOVE FOR ITS ONE-TIME COST, YOU MAY ACCESS IT VIA THE PASSWORD FIELD BELOW: