“My first Two-Cents had Breasts!”

The Confused Call for Women on Currency goes Round: 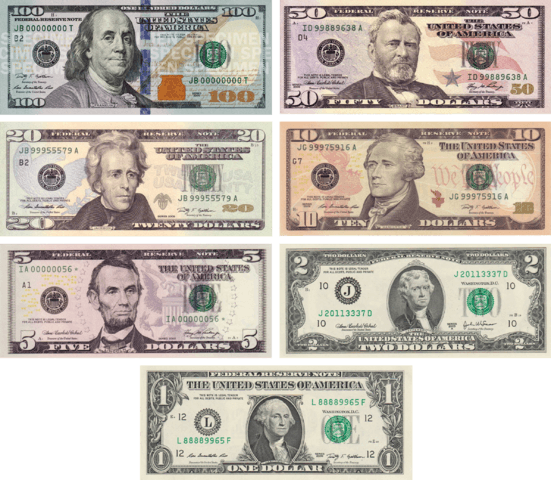 Within the past several years there has been a populist, as well as political, push towards putting a Female Figure on a Bank-Note of the United States (http://www.nbcnews.com/news/us-news/lawmakers-get-behind-campaign-put-woman-twenty-n345851). It comes to no surprise that in this day in age there would be such a push; American Bills being dominated by Male Figures. Other than Benjamin Franklin’s face upon the “Benjamin” (i.e. the $100 Bill), and Alexander Hamilton when it comes to the $10, US Currency is adorned by past Presidents. While I am NOT saying that an important Woman in American History shouldn’t be upon a bill, coin, or what-have-you, there should be no question why Mr. Franklin & Mr. Hamilton deserve to be alongside Presidents; Benjamin Franklin being Benjamin Franklin, and Alexander Hamilton having been instrumental in the founding of American Federal Currencies in the first place. Simultaneously one can see, if looking at the issue from the outside without bias, why there might be a push-back, as there has been, to such an idea stemming from Fanatical Feminists; as while admittedly Susan B. Anthony, one of the women spoken of as being a choice for a new Face of US Money (who actually was on the $1 Coin back in the late 1970’s), was (and is) a worthy American Woman, she was not a Political Leader of the concerned Nation. That America was founded and ran by “Founding Fathers” is just a fact. Was the early American Political System sexist? Sure. But this doesn’t change the facts.

Back before Ulysses S. Grant was the face upon the $50… Long before Washington showed up on the one… Before any of the Men we see today were upon any American Coins… American Currency was Dominated by a FEMALE FACE!

After the American Revolution, and at the birth of the United States, everything that was an issue WAS AN ISSUE. There was Discontent & Debate over everything that the New Nation had to deal with, from Land Redistribution to Taxation, and from Military Makeup to Economic Outlook. And on the note of Economics, the issue of the look of the Nation’s New Currency, was one of the items on the endless agenda. Some favored familiar styles like those which were used by the Colonies prior to the Revolution (and as States during the Revolution); from simple motifs such trees & ships to meaningful scenes & symbols. Others favored smacking President George Washington’s face onto the new monies; he was the Leader of the Nation and the Hero of the Revolution after all. But Washington knocked down this latter idea, as the ironic similarities to King George’s face upon British coinage would have been a bit much. Soon the States’ Symbols were also scratched.

What was finally agreed on?

Well, in 1792, the first Federal Mint struck the first ever official US Coin for Currency Circulation… and what rolled out of the US Mint was the face of a Woman! It had been decided that LADY LIBERTY would be the Face of the Nation (economically at least).

So… if anything… this recent push for a woman to finally be on American Currency should rather be a desire for the original look of things to return. But that’s just my opinion based on the facts…

Oh, and in case you’ve been wondering what exactly these first generations of US Coins looked like, here they are: